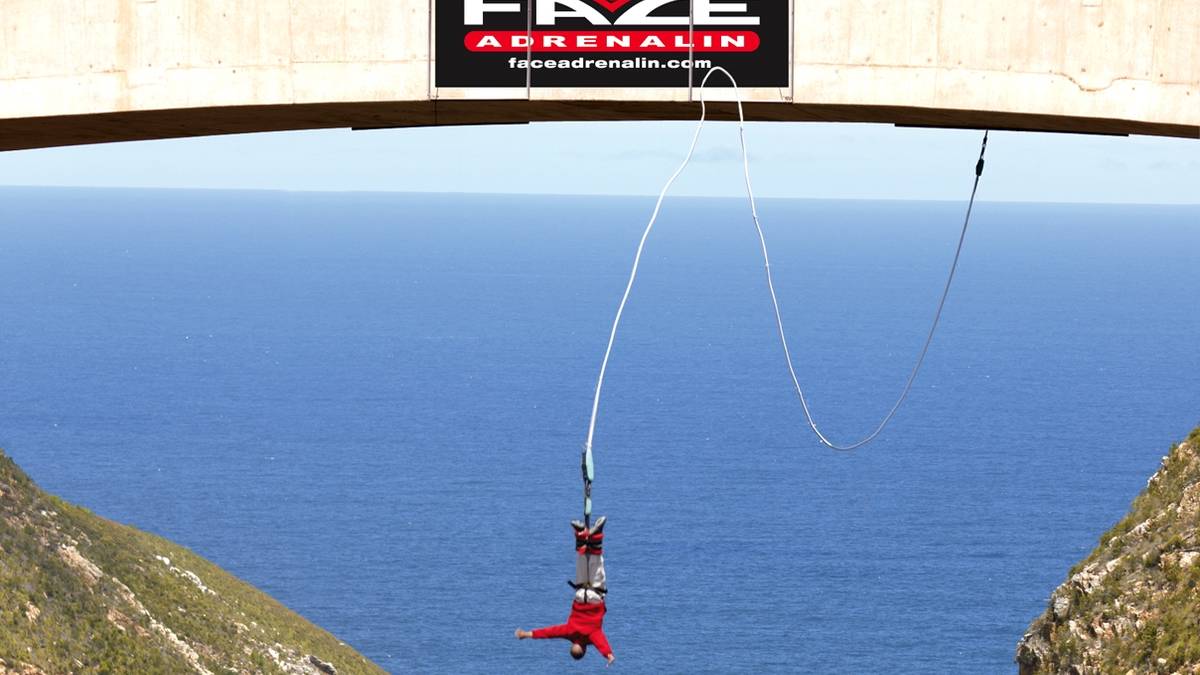 The most Amazing Experience of your Lifetime!

How to Enjoy Bloukrans Bungy

The view from Africa’s highest bridge captures all the majesty and tranquility of the Bloukrans River valley.

But there is nothing tranquil about throwing yourself more than 200 meters down towards the river below. Recognized as the ‘highest bungee from a bridge’ in the world, Bloukrans Bungy uses pendulum bungee technology to ensure the smoothest, most comfortable bungee jump possible.

Jumpers are secured in a full-body harness combined with an ankle connection.

Was the jump of a lifetime, but a bit to expensive. If it was cheaper I would do twice in row, now ...  -  Joost Michiel de Jonge.

Book things to do at Bloukrans Bungy. 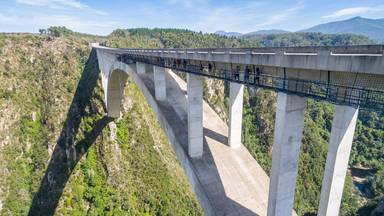 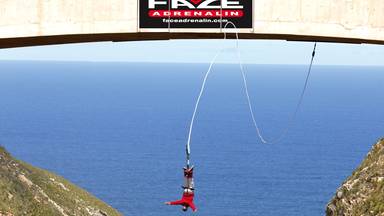 Best Things to Do at Bloukrans Bungy

Find the best things to do at Bloukrans Bungy. 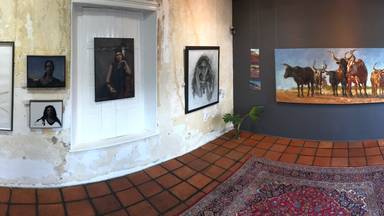 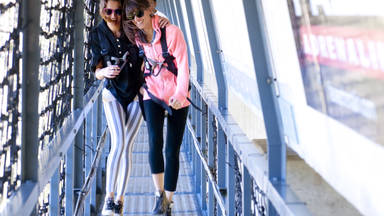 More Things To Do Here

What people say about Bloukrans Bungy.

Was the jump of a lifetime, but a bit to expensive. If it was cheaper I would do twice in row, now I only did it once.

It was an enjoyable experience and we had great fun. The team is very helpful and do their best to make us happy

Absolutely AMAZING! The crew that worked at the zip line and the bungee jump were so nice and only good vibes. The music was playing and getting everyone exited and everything felt very safe and FUN! I had sooo much fun and you guys were a big part of it :D the concept and everything that includes in the price is so good and you really get the most out of it!! TOP score??

By far, this has been the worst experience I've ever had. At first, I was super excited, but when I stood on the edge I was scared which is normal for someone who is not that courageous. I did not enjoy the free fall. I almost cried down there but when the guy picked me up he comforted me. When I came up I was shaking & my heart was beating fast. Then one of the staff members came & told me "we're very sorry but your video is messed up. There is no video of your jump. It wasn't recorded. We're offering you a 2nd jump for free." After the fear that I had just faced I thought how could they make such an error & put me in this situation again. My heart was still beating fast & I was still shaking. I thought I'll be able to do it since I knew what to expect but when I stood on the edge I just couldn't do it. I felt every beat of my heart. I thought "It's okay if I don't have a proper video but I'm not willing to go through this again." At the same time, my husband & some people who watched me on the screen kept on asking me if I was okay and if I felt what happened to the cord. I had no idea what they were talking about as I was so scared and just wanted to get over with it. They tried to explain but I couldn't understand. At the gift shop they gave me the zipline video only & all photos for free on a USB stick. At least four different employees assured me that the bungee video was not recorded. Later on the same day, I received an email from Face Adrenalin with my jump video and pics. I was surprised to find my full "messed up" bungee video that wasn't messed up after all. It shows exactly what happened to my cord during the jump. During the first 2 seconds of the free fall, the cord paused so automatically I paused. It's like it pulled me back up. Then, the cord totally opened and it was beneath me. Then my free fall continued normally till the end. The danger lied in the part where the cord totally opened beneath me. It could have hurt me by being wrapped around my arms, neck or head. Thank God, nothing happened to me. In the video that my husband took with his phone, it shows that some of the staff members on the bridge panicked when this happened. I just did not like that I was lied to in the face by at least 4 employees which was very unprofessional and unethical. The only conclusion we reached is that they did not want me to have the footage of what happened to the cord. I was very disappointed by the way it was handled. Exactly five days after the jump (January 11), in the right side of my body, I started having lower back pain. Slowly, the pain spread to my upper thighs, my buttocks, my side (waist) and the very low part of the abdomen that is next to the hip. After a long investigation process where I had to do two x-rays, two MRIs, a number of blood tests, and visiting eight doctors (and I'm not exaggerating with the number), I was finally diagnosed with sacroiliitis. It is sometimes difficult to diagnose it as its initial symptoms are similar to lower back pain. After explaining to the doctors what happened at the bungy, seven doctors agreed that this injury is because of the bungy. I have never had problems with this part of my body, never even complained of it. I haven't been to work for a month now as the least painful position is lying on my back or on my left side. Sitting, standing, taking the stairs, physical effort in general all exhaust me and increase the pain. I'm still home resting. I'm aware that I jumped at my own risk. But what happened down there has been affecting me on all levels possible: emotionally, physically, professionally, socially, and financially. I believe being stricter about your medical restrictions with people and having more trained operators who wouldn't err should be a top priority to you. The negligence of the medical restrictions by the employees was very evident. If I had jumped again with such a high pulse, my heart could have been damaged! Your protocol needs to be revisited. People's health should not be taken lightly even if this means that less people will jump. If one decides to do the bungy, this means that they put their trust in you. There is no room for errors. I'm aware that it is possible for one to get injured from bungy and I'm aware of the consent I signed prior to my jump. But your negligence of handling the medical restrictions and putting your clients at risk is not to be tolerated. It's been more than a month since my jump and everything in my life has been on hold because of what happened.